In this article, we will tell you how you can get LED notification light on OnePlus 6T and Google Pixel 3/3XL without having to root your device.

2018 can be considered as a weird and unproductive year while considering the hardware innovations and trends. Almost all the manufacturers have adopted the trend to go for displays with a notch. There is hardly any flagship left that still houses the 3.5 mm headphone jack. Now, Google and OnePlus are trying to start another trend of omitting the very useful LED notification light to pave way for the Always On Display.

Hi there. Pixel 3 /3XL doesn't come with a notification LED. Feel free to reach out if you have any other questions in the future.

To address this issue, Grokus, XDA Senior Member, has developed an app which tries to mimic a physical LED notification light. Remember that it will not create a physical blinking led on your phone’s top or bottom bezel, instead, it will activate your Ambient Display and give a pulsating animation whenever you receive a notification. Saying so, it is far from being perfect to recreate the feel which a physical led light would have provided. This app is free to use but there is a paid version as well which lets you access some exclusive features like access to edit the color of the pulsating animation.

According to the developer, “This app creates a pulsing ambient display. Instead of having the ambient display on all the time, this app will ‘pulse’ it on an interval, sort of like a pulsing notification LED.”

This app is made keeping the hardware and software configurations of the Google Pixel 3, Pixel 3 XL and the OnePlus 6T, which lack the physical LED notification light. Hence, it might not work properly on devices which are not mentioned above. I would not suggest anyone install it on their phones which does not feature an OLED display as LCD panels will consume a lot more battery to keep the Ambient Display turned on.

Download and Install Pixel Pulse by Compass Apps from the Google Play Store by clicking below: 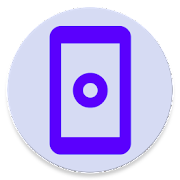 Be sure to check out the official XDA Forum Thread, for further assistance or support and latest updates. In case if you run into any trouble, there are some neat escape routes mentioned there – do check out!

This is the easiest ways to mimic the physical LED notification light on your Google Pixel 3/ 3 XL and OnePlus 6T. I hope this article works the way it is intended to be. Let us know about your experience trying out the methods mentioned in this article in the comments section down below. In case I missed to mention anything or if there is some topic which you want me to cover, please let me know in the comments section down below. Get Google Now Feed On The OnePlus Launcher