In this article, we will tell you how you can easily install the YouTube TV App on your Fire TV Stick, without much work.

In early 2018, January to be specific, Google decided to remove the YouTube App from the Amazon Fire TV Stick. Now, if you have been a user of Amazon Fire TV for quite a while now, you must have already understood the pain of not having the official YouTube app on it. You would think that launching YouTube via browser to watch videos will solve the issue, but no. Nothing will come close to watching YouTube videos on the official YouTube app.

So, now that Google has banned YouTube app from Fire TV Stick, is there no way to get the official YouTube app up and running on the Fire TV Stick? Fortunately, there is. And that is what exactly we are going to cover in this article.

Once you are inside the Device Settings, click on Developer options.

Inside Developer Options, turn on a setting called Apps from Unknown Sources.

You need to install ES File Explorer on both our phone and Fire TV Stick, in order to carry on this process.

In your Fire TV Stick, locate and download the ES File Explorer. 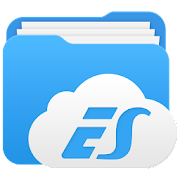 Note: Make sure to download the ARMv7 version of the APK file.

SEE ALSO  How To Use Amazon Fire TV Stick On A Laptop?

ES File Explorer has a nifty little feature built-in to transfer files between devices. To do this, you need to connect both your Android phone and Fire TV Stick to the same WiFi network.

Once connected, open the ES File Explorer on your phone. Go to the place where you have downloaded the YouTube APK file.

Long Press to select the APK file > Tap on More > Select ‘SEND’  from the menu that appears. While you do this, you will get a confirmation dialog box on the Fire TV Stick. Simply select OK to continue and you will receive the file on your Fire TV Stick.

On your Fire TV Stick, go to the path where you would have received the APK File and tap on the same to install it.

That will be all. You now have the YouTube app installed on your Fire TV Stick and you can seamlessly stream any video you would like.

SEE ALSO  How to Send an Anonymous Text

How to Open YouTube App on Fire TV Stick?

For some folks, the Fire TV Stick may not show the YouTube app at the front. Worry not, for there is a workaround to this.

All right, Why did Google Pull the YouTube App from Fire TV?

For starters, Amazon does not have most Google Products on its marketplace. Chromecast and Google Home are some of the device outcast from Amazon universe. Why? Because, they are direct competitors to Amazon products such as Fire TV Stick, Amazon Echo Speakers.

In fact, I am amazed that Google didn’t do this sooner. Seriously, can you blame them? Had Amazon been fair with their practices, Google would have probably allowed YouTube app on Fire TV Stick.

That was a brief history of the cold war between Amazon and YouTube. Hope this guide helped you in learning how to install YouTube app on your Fire TV Stick. How to Remove WhatsApp Photos/Media from Google Photos

How To Stop Chrome From Killing Tabs in Background