Miss the good old retro games you grew up with? Fret not, for we have the best emulators for Android which lets you enjoy the classic games on your phone. Android SNES Emulators let you play all the classic SNES games. Read ahead to download the best Android emulator apps to enjoy classic games on the go!

We all love games. For everyone, there will always be that one game that they could never forget. That one game that got them through childhood. That one game that they still love. Well, thanks to the SNES Emulator Apps, we can now enjoy the retro games we all love on Android smartphones on the go! While there are a lot of games with a great storyline and intense graphics, they still can’t match the feeling of nostalgia we get we play the good old Nintendo Console games. They may not have great graphics or a great storyline, but they sure do entertain us a lot!

When you feel nostalgic, and want to play some good old retro games on your Android smartphone, you are going to need SNES Emulators for Android. Read ahead to download the Best Android Emulator for playing retro games.

Super Nintendo Entertainment System (officially abbreviated as Super NES or SNES, and colloquially sometimes referred to as Super Nintendo) is a 16-bit home video game console developed by Nintendo that was released in 1990. They were super famous and was, kind of, a pop culture among people when it was at the peak of its popularity.

With the rise of powerful computers and smartphones, SNES was replaced with more powerful gaming consoles and was slowly and completely phased out. But still, there are some hardcore fans of the SNES who would love to play the game. If you own an Android smartphone, you can now easily play SNES video games on your Android smartphone. More reasons why Android is so awesome, right? 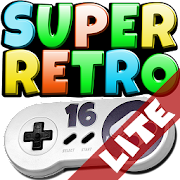 SuperRetro16 Lite is one of the most famous SNES Emulators for Android available at the Google Play Store at the moment. The emulator is completely built from the ground up to offer the fastest gameplay possible. It also lets you easily locate and play your favorite titles by scanning your phone to view your list of installed ROMs!

John SNES Lite is an another awesome Android SNES Emulator app available for your Android smartphones. Some of the features of this emulator are Original SNES Engine, High Compatibility, high-quality rendering, customizable keys, screenshot feature and Bluetooth/MOGA controller support. 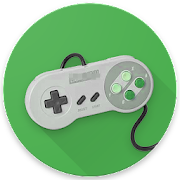 Emulator for SNES Free is one of the highest rated SNES Android Emulators available in the Google Play Store. According to the developer, with Emulator for SNES free, you will feel the best gaming experience with high definition game graphics and fast speed. Some of the features of the Emulator for SNES Free are custom virtual gamepads, state slot support and it comes with a lot of custom game settings.

Snes9x EX+ is an advanced open-source SNES emulator based on Snes9x 1.53 with near complete game compatibility. The public-domain game Bio Worm is included. Other ROMs must be supplied by the user. ROMs may be in .smc and .sfc formats, optionally in ZIP, RAR, or 7Z files. 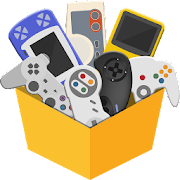 Matsu PSX Emulator is a multi-emulator supporting multiple consoles. It also supports various functions such as fast forward, state save, rewind, etc. It is free and the great thing is that there are no functional restrictions. This emulator supports PS1 (PSX), SNES, NES / FDS, GBA, GBC, WSC, PCE (TurboGrafx-16) and MD / SMS / GG.

RetroArch is another all-in-one emulator for Android. It supports a vast majority of consoles and SNES is one among them. This is an completely open source project and the app is completely free of cost as well. The best part of this emulator is, there are absolutely no ads, at all.

This is based on SNES9xNext which is the PS3 adaptation of SNES9x. All its features will eventually appear in the Android port. This is one of the very few SNES emulators that support multi-touch; can run, jump and move all at the same time. While all the other SNES emus on the market use SNES9x 1.4.3, this one is actually a port of SNES9x 1.52. This does not run as well as SNES EX but it is using a more up to date SNES9x, therefore, better audio and higher compatibility.